The Future of ESG and Sustainability Reporting 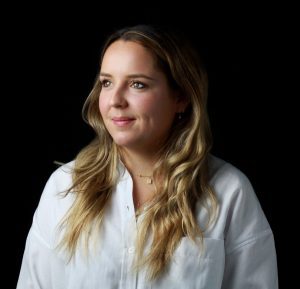 A review of the efficacy of the 15th Conference of the Parties on the U.N Convention on Biological Diversity.

Earlier this month in Montreal, COP15 took place, the 15th conference of the parties signed onto the 1992 U.N Convention on Biological Diversity (CBD). This year, China and Canada held Joint-Presidency, meaning they were responsible for facilitating the negotiations ahead of the summit. Before the event, there was no global biodiversity agreement, since the Aichi Targets expired in 2020.

Why is biodiversity so important?

Biodiversity refers to the variety of living species on the Earth, including all animal, plant and insect matter. Scientists have estimated that there are around 8.7 million species, yet only 1.2 million have been identified. Biodiversity is essential to the Earth’s functioning, with every organism playing part in global systems and food chains. Our destruction of the natural world threatens the population and diversity of species, which have triggered unprecedented rates of extinction. There are more than 1 million threatened species worldwide, with plant and animal species vanishing at a rate that is 1,000 times faster than the natural extinction rate.

Some scientists estimate that within the next century, half of the world’s species will be wiped out. Without a diverse range of biodiversity, our entire support system for all human and animal life would collapse as we know it. The natural world regulates our oxygen, provides us with water, food and medicine and prevents extreme weather conditions. COP15 sought to address these concerns and outline targets to further reduce biodiversity loss.

What were the outcomes of COP15?

There were 23 targets on the negotiation table, everything from noise pollution, biodiversity loss, the use of pesticides and corporate discourses around the use of natural capital. The goal of the conference was to have a ‘Paris Agreement’ equivalent for biodiversity loss, which would include measurable goals and impact pathways.

After more than four years of negotiations, nearly 200 countries (excluding the US and the Vatican), signed an agreement to halt the destruction of the Earth’s ecosystems. In the early hours of Sunday 18th November, the negotiations ended, and the news broke that an agreement had been signed.

The new deal sets a target of 30% to protect, significantly more than the existing 17% of terrestrial land and 10% of marine areas protected. 30 by 30, as the summit headline has become known, echoes the messages conveyed at COP27 just weeks earlier. However, this goal comes at the price of $500 billion (£410bn). Currently, only $133 billion is invested in nature-based solutions, meaning we need to source and allocate nearly 4x the current amount to restore 30% of the planet’s degraded terrestrial, inland water, coastal and marine ecosystems.

If implemented globally, there could be major changes to farming practices, supply chains, food production and the role of indigenous communities in conservation methods. These efforts are an attempt to mitigate the effects that we are causing to start the Earth’s sixth mass extinction, the largest loss of life since the pre-historic ages. In the final agreement, countries decided to create a new fund that sits within the UN’s main existing biodiversity fund – the global environment facility. By the end of the decade, rich countries have committed to donating $30bn of aid, a substantial increase from current funds.

That said, there seems to have been some ignorance regarding several of the objectives raised by African states. Just minutes before China announced that the deal had been made, the Democratic Republic of the Congo’s negotiator stated that he could not support the deal because it did not create a separate fund for biodiversity. Given that several African states had already raised their necessity for further funding for conservation needs, the lack of incorporation of these requirements leaves one questioning the inclusiveness of the deal. One US lawyer stated that in legal terms, the DRC had not objected to the terms. Following this, the Cameroon negotiator labelled the event as a ‘fraud’, while Uganda said there had been a “coup d’état” against the Cop15.

The final text lacked any mention of the term ‘nature positive’, which scientists argue is the biodiversity equivalent of net zero. Instead, the text reads “take urgent action to halt and reverse biodiversity loss” by 2030. Some critics suggest that the lack of empirical measures means that countries are not held accountable on a short term-basis to track progress before 2030. These concerns were raised by scientists and researchers, yet country delegates seem less concerned with the lack of comprehensive tracking and more concerned that it is “taking us in the right direction”.

Despite this, a positive outcome of the event is the inclusion of indigenous people and their rights to the land within the targets and framework. For years, discussions have rotated around the notion of ‘fortress conservation’, which is the idea that people who have been stewards of their communities and environments have had their rights removed by a Western ideology that views the land as wild and not owned by indigenous people. Given these concerns, the wording in the main agreement was chosen with care. It emphasises the rights of indigenous people and ensures they have a voice in conservation and land management going forward.

Is this agreement enough to safeguard biodiversity?

Overall, the response to COP15 and the targets set have been overwhelmingly positive, with many expecting delegates not to commit to the 30% targets, to begin with. The fact that nearly all countries have formed an agreement, and set time-based targets is exceedingly positive. However, given the deficiency of empirically binding targets in the short term, vague targets and a lack of measurable biodiversity indicators, there are many loopholes for countries to not place biodiversity as a priority. Additionally, the funding mechanism, although discussed, has not been adequately allocated and is not sufficient to meet the 30 by 30 goal.

Our next generation services are your first step to making Leadership & Resilience, Sustainability and Geostrategy central to your family’s future investments, businesses, achievements and legacy. Positioning you to manage related risks while realising vast opportunities.

© 2023 Itriom Limited. All rights reserved. Republication or redistribution of Itriom’s content, including by framing or similar means, is prohibited without the prior written consent of Itriom Limited. This material is provided for informational purposes only.