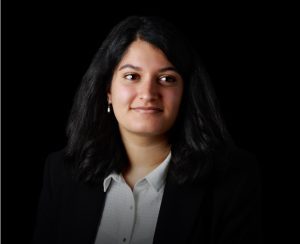 Using a series of fans, filters and heaters, the Orca facility pulls up to 4,000 tons of carbon dioxide (CO2) from the air per annum. The facility is partnered with Carbfix, this Icelandic partner, disposes of the CO2 that has been captured by mixing it with water and pumping it deep underground into basaltic rock, where it is left to crystallize. The permanently stores the carbon as rock, in a relatively quick 2 year process. The entire process is powered by renewable energy and electricity from the neighbouring Hellisheidi Geothermal Power Plant.

The Ocra facility varies from most CCS systems in that is the first large-scale direct-air capture and storage plant, where carbon is removed from the atmosphere, departing from the more commonly seen method where CO is captured at source such as industrial emissions. Carbon removal has been a part of the wider discussion on global climate change for some years, with debate over its value in combatting global warming. Critics argue that CCS technologies prevent the necessary transition away from fossil fuels, meanwhile others point to the high upfront cost that these facilities present, consequently it is a key barrier to large scale operation globally. A Bloomberg article highlights this cost inefficiency, stating that the Orca plant’s CO 2 dra equates to the emissions of a mere 250 U.S. residents, while the plant cost $10 to $15 million to build.

Despite criticism, others highlight the clear role carbon removal and CCS technologies mustplay in limiting global warming from exceeding between 1.5 and 2C above pre-industrial levels, a threshold that if surpassed will present further negative consequences globally, as outlined by the first instalment of the Intergovernmental Panel on Climate Change Sixth Assessment Report (AR6). In the runup to COP26 in November, António Guterres, the UN Secretary-General, convened a dialogue regarding energy in which the Executive Secretaries of the 5 UN Regional Commissions emphasized the importance of carbon dioxide removal technologies, paired with nature-based solutions, to address the climate crisis and achieve the Sustainable Development Goals (SDGs).

Head of Technology at Climeworks, Nathalie Casas, says the Orca facility, “demonstrates that carbon dioxide removal on a large scale is possible and necessary,” and the company already has its sight set to increase operations to further improve its carbon removal capabilities. Other countries are beginning to explore carbon capture and storage projects with a handful of facilities planned in just the United States and United Kingdom alone.

Increased investment in CCS projects could be key in scaling up these carbon removal efforts, driving down the price of operation, particularly as more corporations and individuals turn to these technologies to help offset their emissions, whilst ensuring the global carbon budget is not exceeded. As highlighted, carbon capture and storage could also assist in progressing the Sustainable Development Goals, including Goal 13, which aims to urgently address climate change and its impact, as well as Goal 7, that seeks to make energy sustainable, affordable and widely available.

Our next generation services are your first step to making Leadership & Resilience, Sustainability and Geostrategy central to your family’s future investments, businesses, achievements and legacy. Positioning you to manage related risks while realising vast opportunities.

© 2023 Itriom Limited. All rights reserved. Republication or redistribution of Itriom’s content, including by framing or similar means, is prohibited without the prior written consent of Itriom Limited. This material is provided for informational purposes only.